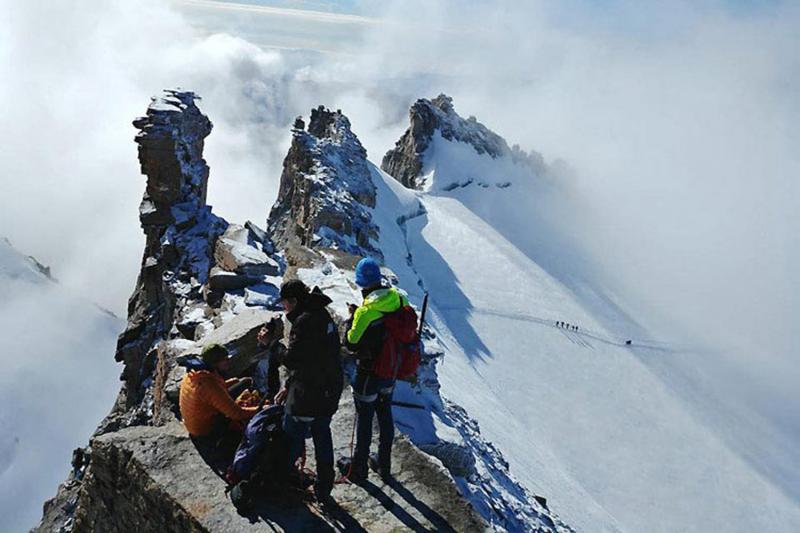 Along with Monte Bianco, Monte Rosa and Cervino/Matterhorn, the Gran Paradiso is one of the four Giants in Aosta Valley: surrounded by the three beautiful peaks of Tresenta, Ciarforon and Becca of Montciair is one of the most sought after destinations in Valsavarenche.

Situated between the Aosta Valley and Piemonte, the Gran Paradiso is the highest alpine peak completely inside the Italian border, within the first Italian National Park. Along with Monte Bianco, Monte Rosa and Cervino/Matterhorn, the Gran Paradiso is one of the four Giants in Aosta Valley: surrounded by the three beautiful peaks of Tresenta, Ciarforon and Becca of Montciair is one of the most sought after destinations in Valsavarenche. The National Park, famous in Europe due to its high number of resident Stambecchi (Ibex) and immense area allowing the study of wildlife, Flora and Fauna alike. The Gran Paradiso National Park, officially established in 1922 and famous in Europe due to its high number of resident Stambecchi (Ibex), extends over 70,000 hectares of high mountain territory. Its history is closely linked to the protection of the ibex, an animal symbol of the Park. In fact, in 1856 King Vittorio Emanuele II declared these mountains a real hunting reserve, saving the ibex from extinction. There are many special inhabitants in the Park and it is quite easy to meet some along the trail: the ibex is very confident and it is not difficult to see it pasturing; there are also chamois, marmots, royal eagles, and lastly the gipeto and lynx, recent acquisitions of the Park thanks to an international project of reintegration into the Alps. Among the many species of flora in the Park is the Linnea Borealis, which took its origin in the Antartic region, and the Aethionema Thomasianum. There is no need to be experienced botanist or wildlife specialists to discover the beauty of these places and its inhabitants: the approaching hike along the mule tracks, ancient hunting routes and communication channels between the side valleys, will lead you to the Chabod hut, at the foot of Gran Paradiso glacier, where your adventure to reach the summit will begin!

The group will meet the guide at the hut Rifugio Chabod for dinner. Briefing on the next days’ ascent, equipment check and a pleasant relaxing evening in the refuge.

Departure from the Refuge between 4 – 5 am to begin the ascent to the peak of Gran Paradiso at 4061mt. The first hour is along a barely visible footpath, then the first easy steps on a snow covered glacier up to around 3800mt, at which point the conditions change to a mixture of easy rock and snow passages up to the peak itself. The ascent takes between 4 – 6 hours. At the summit is the awarding breathtaking panorama, unique due to it’s central high position.The descent will be on the same route and it takes between 2 - 3 hours depending on the group. Once back at the hut, you can enjoy a nice pasta before heading back down the valley again (you can also choose to spend one more night at the hut on yourself - to be organised upon booking).

Price of the ascent


Not included in the price

Halfboard at the hut: half board about 42/46 Euro per person.

First layer on the skin:

N.B. Consider a change for when you are back to the hut (you can leave some stuff at the hut).

Gran Paradiso is one of the easiest 4000 peak of the Aosta Valley and it is the one that best suits people who want to approach the mountaineering world.
The ascent does not present special technical difficulties, but it is mandatory to use harness and crampons: it is necessary to have good physical training and good resistance to walk for long hours as the second day counts a total of 6 to 8 hours walk, depending on the training and speed of the group.

We recommend to have your own personal travel insurance, covering accident abroad and repatriation.

How to reach Aosta Valley

If you are coming only for the climb, we can organize you a taxi to pick you up or the mountain guide can come to pick you up on the road nearby Aosta (organization upon booking). 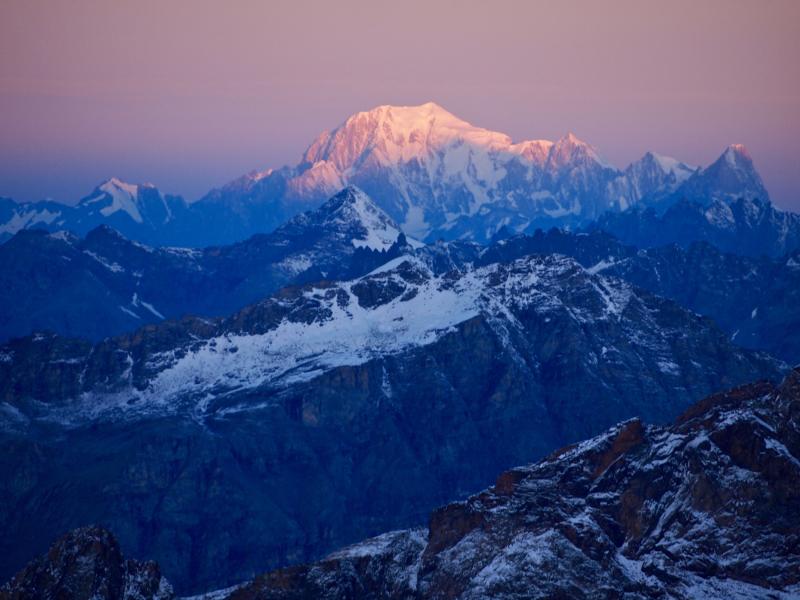 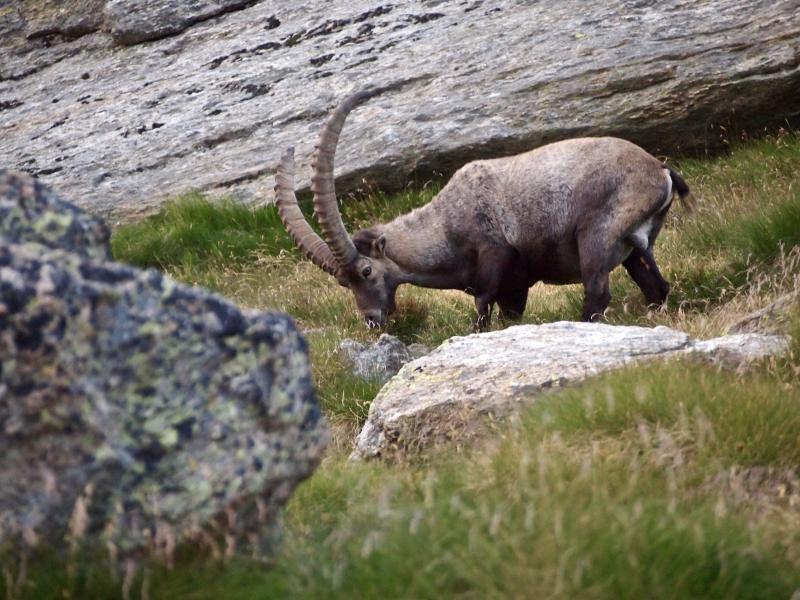 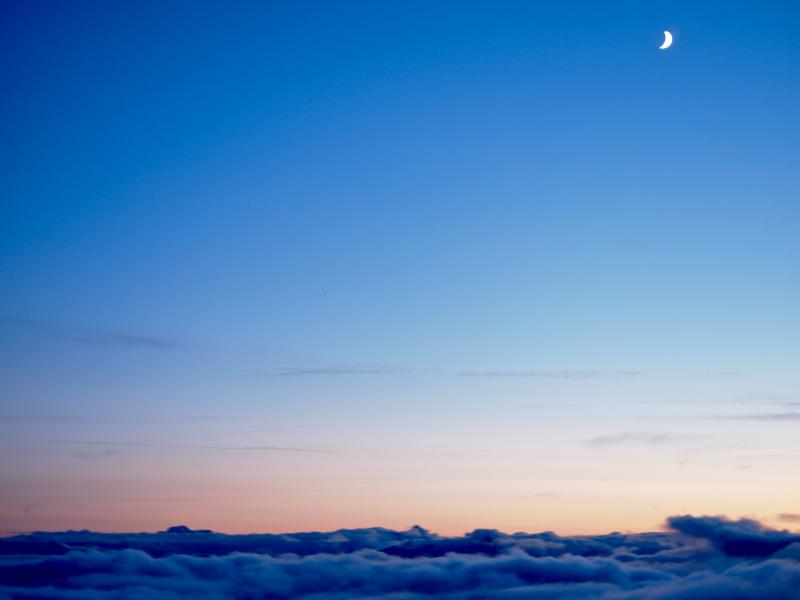 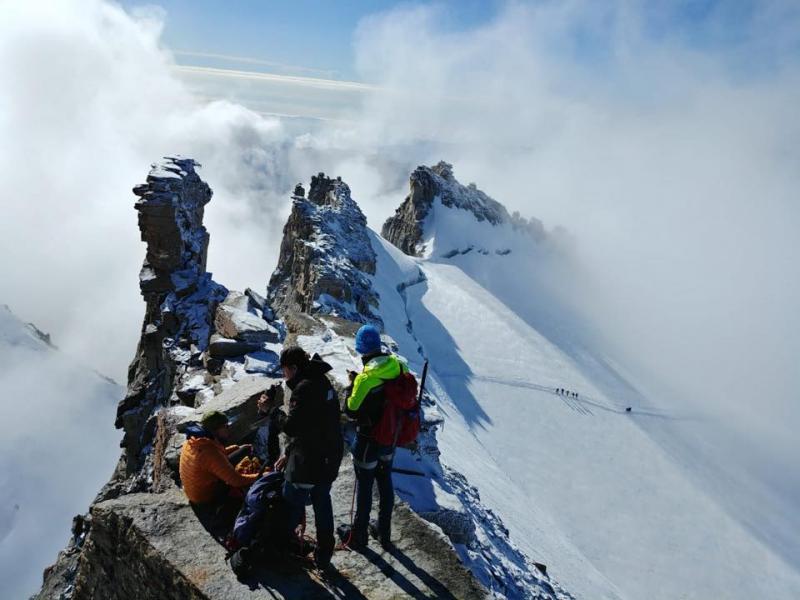 We propose you as well 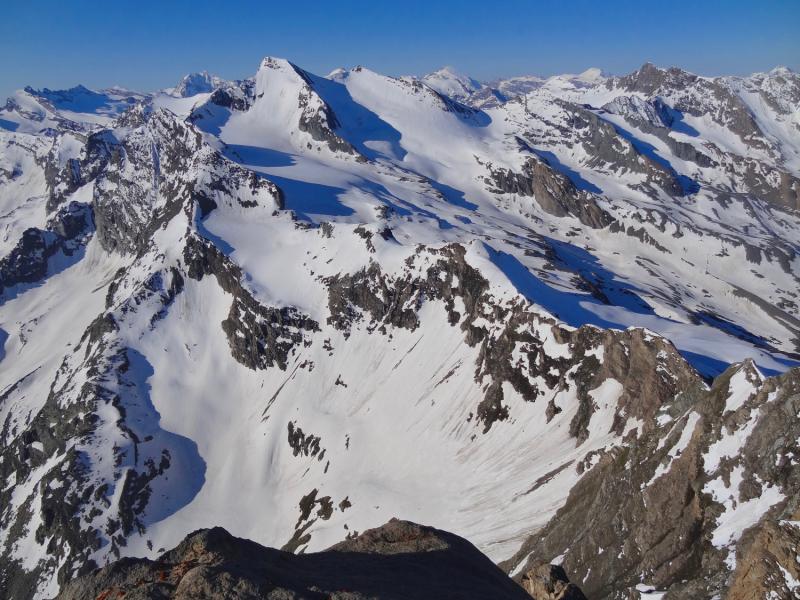 The Vanoise, the Easy Mountaineering Paradise

From Ruitor to Gran Paradiso 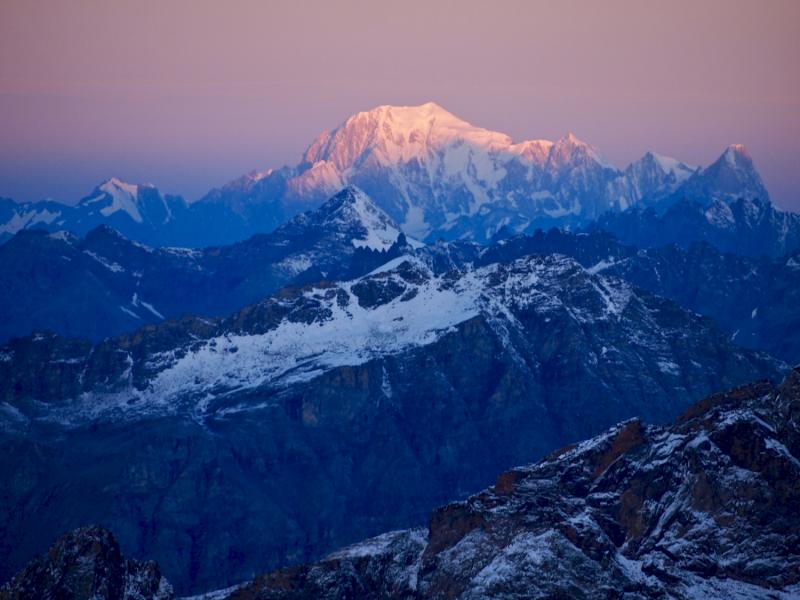 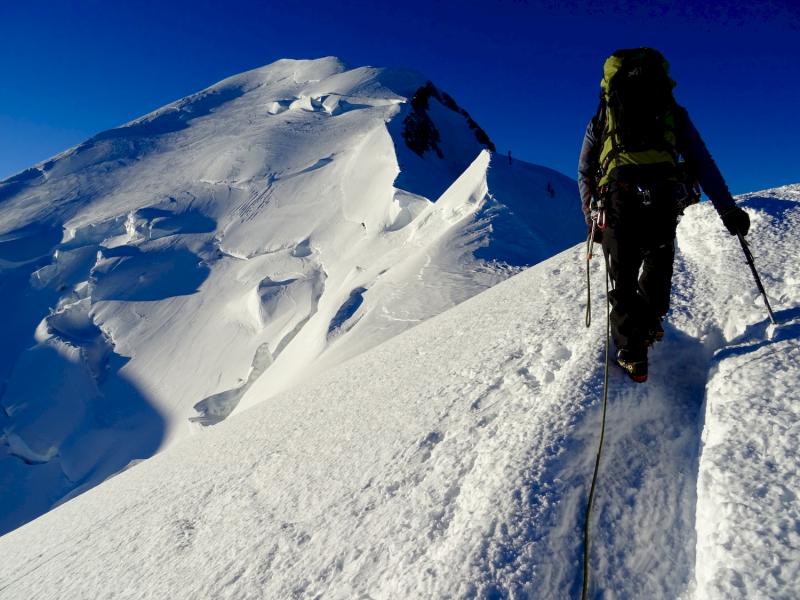 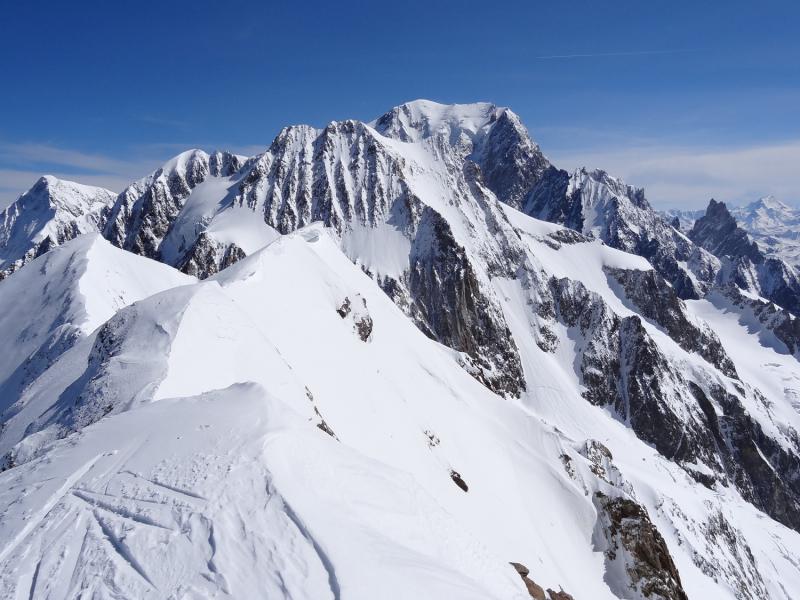 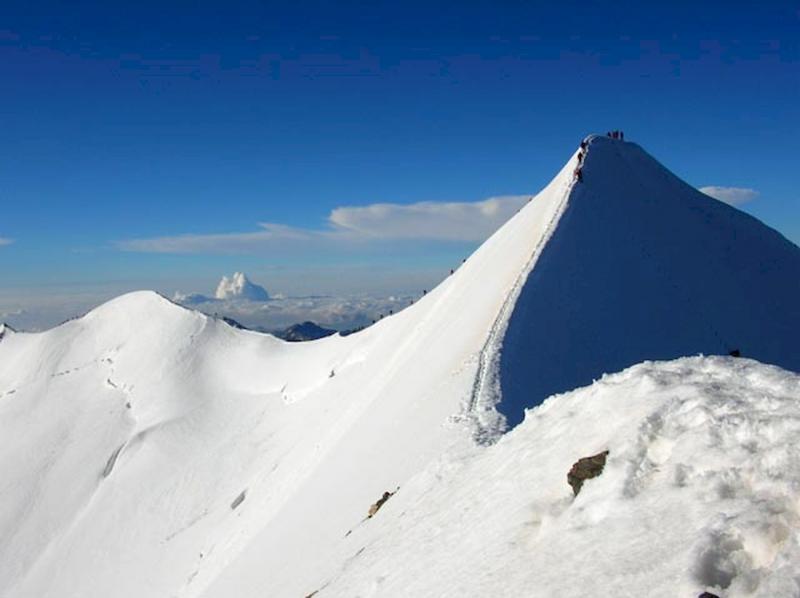 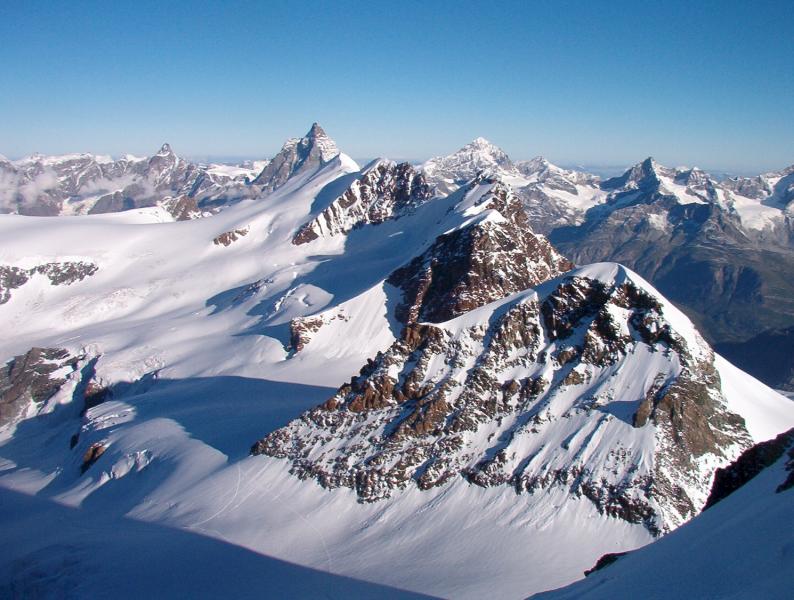 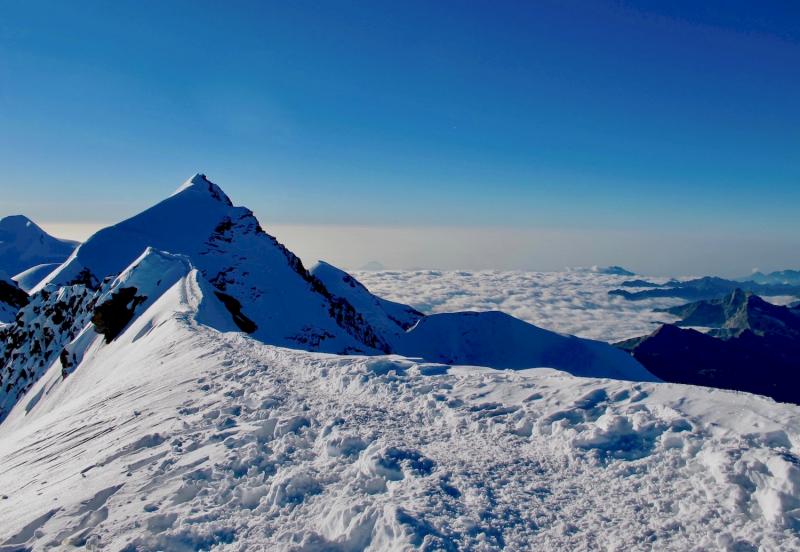