The Massif des Ecrins and the Champsaur valley, a small Himalayan in the heart of the Alps!

Discover an Easy Trek in the Ecrins National Park:

The Parc des Ecrins was created in 1973, it is a small Himalayas in the heart of the Alps, it is considered by many to be a very wild massif with very high mountains and difficult routes, but our team will make you discover an easy trek in the heart of the giants of Oisans.

Continue reading by clicking on the right:

The Parc des Ecrins and the Champsaur:

The Parc des Ecrins was created in 1973 to protect the Ecrins massif from human activity. It is a massif which is difficult to access, often with long walks. Our team of Guides wanted to organize an easy trek to discover this beautiful massif, often known for the difficulty of its mountains.

Discover the Ecrins and the Champsaur-Valgaudemar located in the heart of mountains culminating at more than 4,100 meters above sea level, the Ecrins massif is a high mountain territory par excellence.

The Ecrins refuges are warm and welcoming with the sun of the Southern Alps to warm us up and the many local products to taste!

The valley of Valgaudemar called the “small Himalaya” offers an exceptional panorama in the Massif des Ecrins.
An authentic and wild territory where each village has preserved its heritage testifying to the traditional life of yesteryear.

This narrow valley, surrounded by steep slopes, is overlooked by the peaks and ends with two magnificent cirques: that of Gioberney and Chabournéou.

The gastronomy of the territory is based on quality products.

For example, donkey ears, a mountain dish that will delight your taste buds; not to mention the traditional Tourton et Raviole that you will find everywhere in the valley and that you will appreciate after a good hike.

Then the Valgaudemar tart, prepared in certain bakeries, offers a unique and succulent taste.

This valley offers a grandiose spectacle of a thousand and one colors.

The Ecrins National Park offers a great diversity of landscapes in the heart of the glaciers.

Nestled at the junction between the Southern Alps (Hautes-Alpes) and the North (Isère), there are many peaks such as the Meije located at 3983 meters above sea level, or the Barre des Ecrins culminating at 4,101 meters. .

This playground offers a variety of hiking routes, offering a wealth of flora and fauna. No less than 1,800 varieties of plant species have been identified.

We can also observe the sedimentary rocks (limestone, schist, sandstone) which covered the old base located to the south-east while to the north and west we find so-called crystalline and metamorphic rocks (granite, gneiss ...).

It is a territory to be discovered in different forms; by bike, on foot, on horseback, on donkeys for the summer and on skis or snowshoes in the winter season.

The position of the refuges offer many possibilities for roaming the mountains. It is also an opportunity to spend a friendly moment and enjoy a good meal prepared by the team of the refuge.

The Ecrins National Park is a vast territory offering a natural, cultural and landscape heritage. 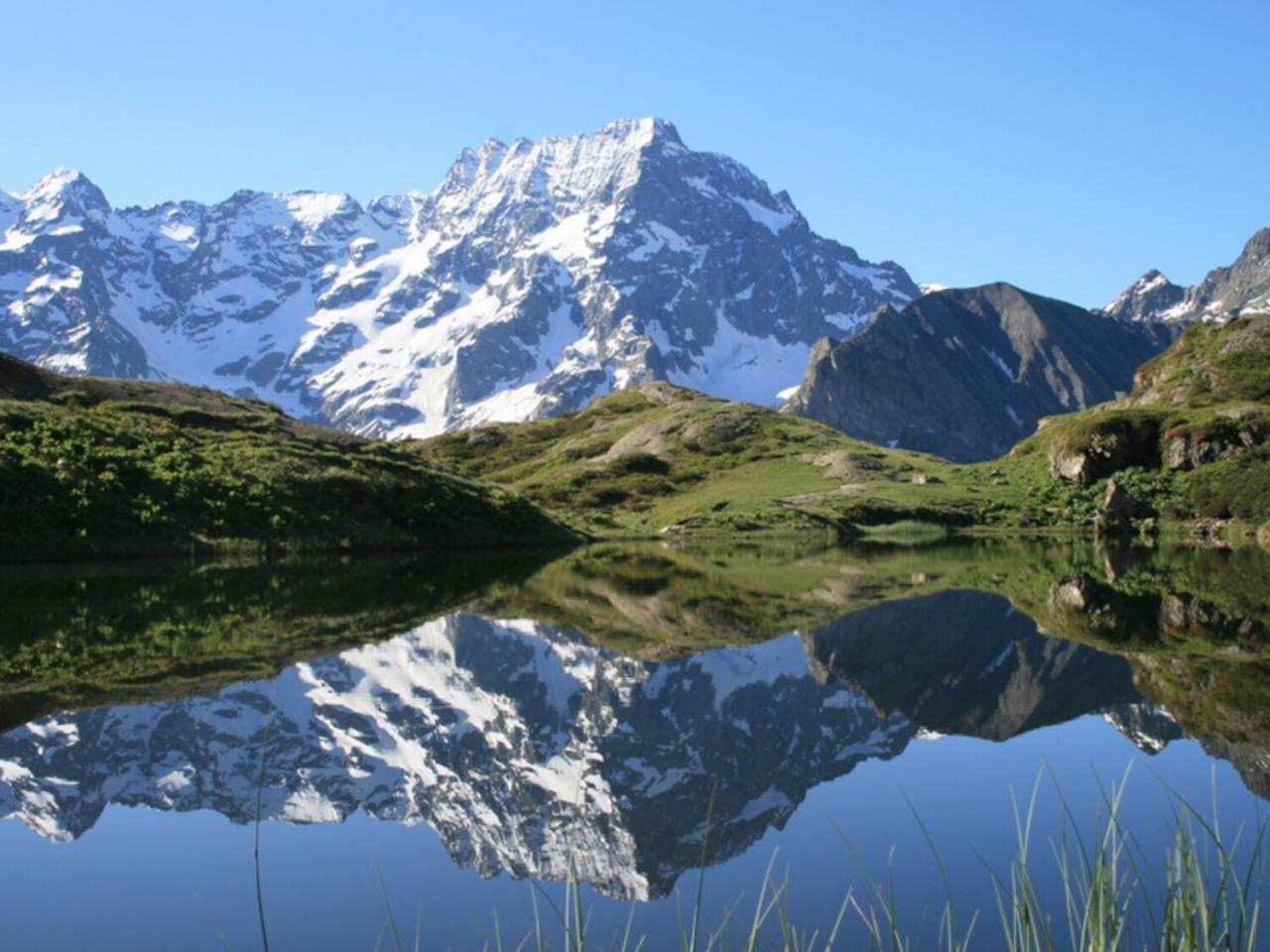 Easy trek in the Ecrins park

From June to September

The Ecrins are one of the wildest massifs of the Alps, you will discover the valley of Champsaur and Valgaudémar. We will leave from Gap to reach this superb valley!